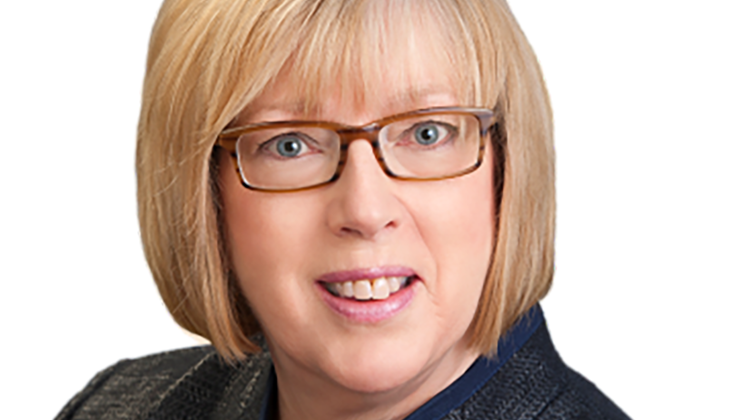 More than two decades ago Sheila Kelly was stuck in a toxic workplace environment doing a job she dreaded every day. But, after hitting a breaking-point in her situation, she came to a realization that ignited a change within her. Now, as the Director of The Big Yes Centre for Enlightened Leadership, Sheila devotes her efforts towards sharing the enlightenment she found through her own struggles. She has helped hundreds of clients achieve happiness and motivation in their workplace and is striving to lower the rates of emotional disengagement in Canadian workforces.

We spoke to Sheila to get her take on the new year and remaining more present and connected. Here’s what she had to say…

What is your biggest resolution for the New Year?

I recently asked my internal guidance system the question: What is important for me to know as I move forward? The response I got came in one word: EMBODIFY.

I promptly googled that word and found all kinds of information about the word embody, but embodify is not (yet) a recognized word. I happen to think that embodify is a great word.

Whereas embody means to give something form, embodify seems to capture a sense of making something complete and whole. If I embodify something, I am grounded in it so completely that it defines everything I am and informs everything I do. It is, in fact, who I am. For me, the word captures the essence of my identity, that which my very presence broadcasts to those I’m with. It is a stake in the ground that informs decision-making, affords direction, and helps me weather the ups and downs of life.

“Embodify inner beauty” is my new year’s resolution. This is very relevant for me as a “woman of a certain age” in a culture that tends to honour youthful beauty.

Do you think the biggest factors contributing to disengagement come from within, or from our work environments?

If you had asked me that question when I was mired in my own disengagement, I would have a long list of reasons that the workplace was to blame.

Believe it or not, it was having a radio thrown at me in the workplace that provided the wake-up call that changed everything for me. As I realized that I had been giving all my power to a toxic work environment, I also embraced this fundamental truth from Holocaust survivor Viktor Frankl: “Everything can be taken from a man (sic) but one thing: the last of the human freedoms—to choose one’s attitude in any given set of circumstances, to choose one’s own way.”

I chose to choose my own way and by doing so, lifted myself from the dissatisfaction and stress of disengagement. Yes, work environments are often lacking in compassion. I learned that blaming others for my dissatisfaction was like a feeding tube for more dissatisfaction.

How insane is that?

If you could send a piece of advice to your past self from 20 years ago, what would it be?

That is really easy to answer. The advice I would give my past self would be… “forgive everybody everything”. I think a lot of people shy away from the idea of forgiveness, thinking it is some kind of religious voodoo that condones bad behavior. Not so. Forgiveness was one of the major tools I used to free myself of the toxic environment I mention above. At first, I found it difficult. Then I realized that forgiveness was actually the key to reclaiming the power that I had been giving to “them”… all those people in the workplace whom I had been blaming for my unhappiness.

Sheila Kelly will be speaking on turning of your Autopilot as the Opening Keynote Speaker for the upcoming Atlantic Conference for Administrative Professionals on April 27, 2018.