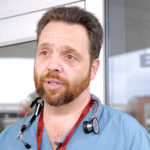 This presentation will be based on content from the “Disaster Preparedness for Health Care Facilities” book: the most comprehensive, in-depth content created by medical and legal professionals who are experts on the chapter(s) they have contributed. An academic review of the contents was done by international leaders in the disaster preparedness field (from the United States, UK and Israel.)
• Introduction to disasters and disaster planning
• Risk vulnerability analysis
• Readiness and mitigation
• IMS and communications

The bombs at the Boston Marathon were a tragic event: three people died within the first moments of the blast and more than 170 people were injured. Most of the wounded alive when rescuers reached them survived. How did this happen? Something more significant occurred than professionals adhering to smart policies and procedures. Everything happened too fast for any ritualized plan to accommodate.
In this session, Barry Wante, will walk you to his real-life experience as the Director of Emergency
Management of a hospital which received thirty-one victims, twenty-eight of them with significant
injuries.
• Medical staff and first responders coordination
• Triage in emergency department
• How the hospital mobilized to treat injured patients
• Cross-hospitals communications
• Social media and public communications 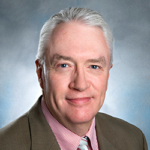 In October 2012, Hurricane Sandy pounded the east coast of United States and thousands sought temporary shelter as homes and businesses were destroyed. Nearly 160 people lost their lives. President Obama signed emergency declarations for many states including New York. Few facilities are as critical as hospitals in an emergency, but as hurricane Sandy made perfectly clear, hospitals and other health care facilities are just as vulnerable to the ravages of a storm as any other building.

This session will allow delegates to hear directly from one of the hospitals affected by Hurricane Sandy: how they prepared, what happened during the storm, the aftermath and lessons learned.
• Pre-planning for environmental emergency preparedness
• Evacuating patients and staff
• Communications and operations during an outage
• What they didn’t anticipate 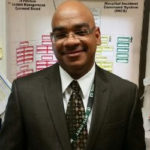 In March 2015 a major drill was held at Rambam Health Care Campus for testing the operations and preparedness of the Sammy Ofer Fortified Underground Emergency Hospital scheduled to open in April of 2015. The 2,000-bed Sammy Ofer Fortified Underground Emergency Hospital is the largest of its kind in the world, designed to protect the patients of Northern Israel in times of war.

Dr. Abboud will share with us the lessons learned from the 2015 drill exercises and other insights into emergency planning and preparedness at the Rambam Health Care Campus. 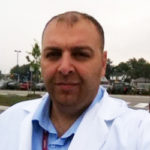 Code Black informs hospital staff of appropriate actions to be taken during a bomb threat emergency, in order to minimize damage and disruption to the facility and personnel. Hospital staff works collaboratively with police services in the management of a Code Black and in this session, Toronto
Police Services Emergency Taskforce will share their perspective and insides on how this happens:
• Standard procedures during code black, including how to determine the credibility of the threat and proper course of action
• Hospital-police interactions 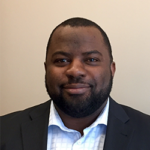 An organization’s code of ethics is necessary and relatively easy to establish and maintain. However, an organization can have a solid code of ethics and still have an ethical lapse, the kind that makes headlines. The ethical maturity of decision-makers during times of disasters has serious implications. Furthermore, critical decisions will need to be made at critical times often without the benefit of senior managers to ask for guidance and approval. In this session, Dr. Abdool will:
• Analyze the ethical underpinning of emergency decision making
• Why ethics codes and training are not enough to keep an organization out of ethical difficulty  The cultural factors that cancel the rules employees learn in training

This interactive session will provide participants with the opportunity to network with peers and share emergency events that their hospital has experienced. In a round- table discussion, participants will share the lessons learned from these incidents and the actions planned or implemented to improve preparedness or mitigate future incidents.
The session aims to:
• Engage participants in group discussion and sharing
• Discuss successful strategies and tactics that supported the response and recovery of the incident
• Reflect on lessons learned from the incident so as to apply these learnings to each participant’s own work environment 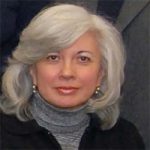 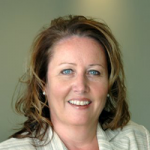 More people now use social media tools to report emergencies or call for help, and they expect health care organizations to be actively engaged in using the technology. Social media tools allow emergency managers to disseminate information to wider audiences, interact with the public, and monitor social media networks to get a better sense of what’s happening on the ground during a crisis. In this session Patrice Cloutier will share his knowledge and experience when it comes to using social media end emergency planning and preparedness:
• How organizations can get emergency social media ready
• Crisis communications planning and the link to the business continuity plan 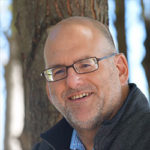 Hurry up, only a few tickets left!